Developers like using containers for development because they are easy to use, portable, and require less maintenance overhead compared to bare metal or virtual machines. Docker is a popular choice, because it provides tools that make it simple for developers to build, run and publish applications in containers.

This guide walks you through the process of creating an optimized, secure Docker image of a custom application using a Bitnami base container, then testing it and publishing it online. It also guides you through the steps to follow when you update your application and need to rebuild and republish it for your users.

This guide makes the following assumptions:

To begin the process, ensure that you have access to the application source code. If you don’t have an existing Node.js application, follow the steps below to create one:

A Dockerfile is similar to a recipe: it contains all the ingredients needed to create a Docker image. Typically, each line represents a separate step and begins with an instruction keyword followed by a series of arguments. Learn more about the Dockerfile format.

In the project directory, create a file named Dockerfile and fill it with the following content:

Let’s take a closer look at the steps in the first build stage:

Here is what happens in the second build stage:

Once the Dockerfile is created, building a Docker image is as simple as calling the docker build command. Execute the command below in the directory containing the Dockerfile. Replace the DOCKER_USERNAME placeholder in the command below with your Docker account username. This Docker account username is necessary to avoid namespace errors when later pushing the image to your Docker Hub account.

For successful execution of this and subsequent docker commands, ensure that the user account you’re using belongs to the docker group.

This will create an image named my-node-app, tagged as version 0.1.0. This tag uniquely identifies a Docker image, allowing you to deploy a specific version of the application if needed.

Here’s an example of what you should see during the build process: 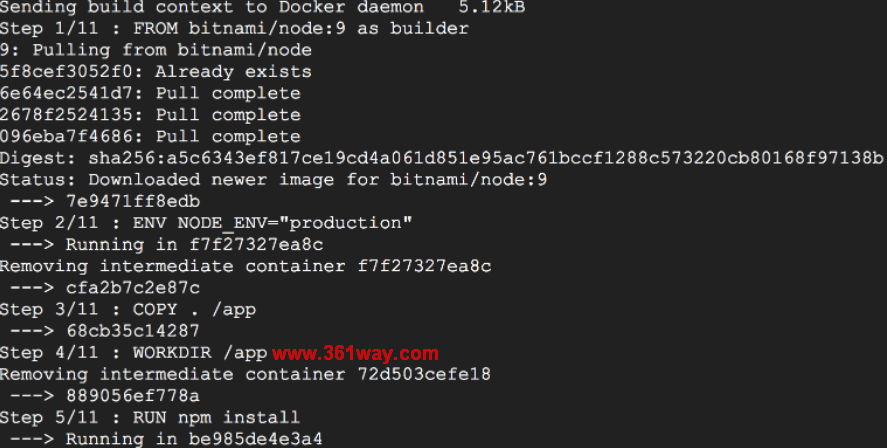 Once the build process is complete, use the docker images command to verify that the image has been added to your local repository.

The version tag added during the docker build command also appears in the output of docker images.

Run your new Docker image in a container to test it with the docker run command. Replace the DOCKER_USERNAME placeholder in the command with your Docker account username.

To test the application, you should see this:

If the Docker host is a different machine, ensure that the host firewall is configured to allow access on port 3000.

The -i and -t options to docker run allocate a terminal for the container process, while the -p option specifies the container-host port binding. Learn more about the docker run command and its options.

At this point, you have built, tagged and tested a Docker image containing your application code. To share it with others, you can upload the image to a public registry. A number of such registries are available but this guide will use Docker Hub.

To upload an image to Docker Hub, follow these steps:

Once published on Docker Hub, your image is publicly available by default.

Once published on Docker Hub, other users can download your application and try it for themselves.

You can also delete images from Docker Hub using the Docker website.

As you continue developing your application, you will inevitably want to release fresh Docker images. This might be to include new application features or bug fixes, or to use a new version of the base container that has the latest fixes. Doing this involves regenerating the application image and republishing it to the registry.

To illustrate the process, let’s perform a code change in the example application and then release a fresh Docker image with the updated code. Follow these steps:

Follow these steps every time you want to update and republish your Docker image. If you are deploying the new image to a Kubernetes cluster, read about rolling updates in our Kubernetes tutorial. 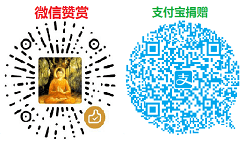